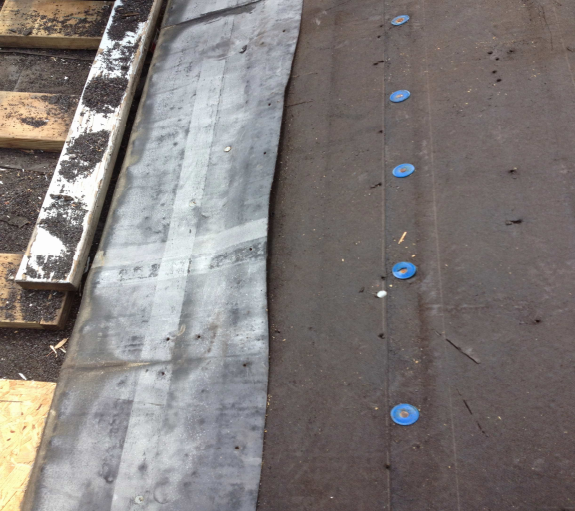 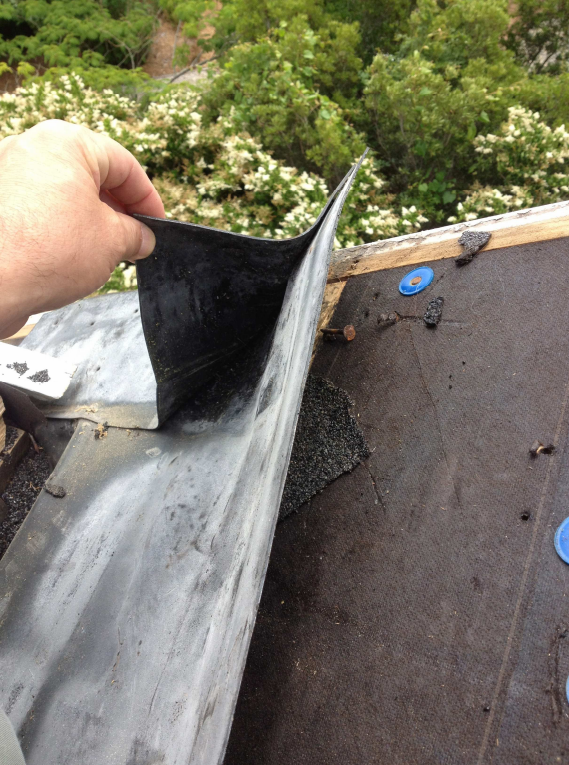 Picture #1: The setting: This eight-year-old residence on a point facing the ocean and the sound with tons of exposure. Homeowner was having leaks coming in their home for years. Their general contractor couldn’t figure out why and attempted mutable fixes that did not address the leak at its source. After our initial visual inspection and an infrared scan we were able to determine the location the water was entering the home. We recognized there were several attic ventilators on the northeast side of the roof.

Exposure. We were able to determine one of the ventilators in particular was showing signs of moisture in our infrared photos. We decided to remove some of the shingles around the ventilator and discovered wind driven rain that was entering the vent was draining between the asphalt roof shingles and 30 lb. felt. The problem wasn’t only the vent introducing water between the shingles and felt it was the EPDM roof membrane the contractor installed over the third floor deck to give cover for the decks below and to address the leak that was coming into the home.

Photo shows main roof body with its 30 lb. felt running under the EPDM deck membrane rather than over it.