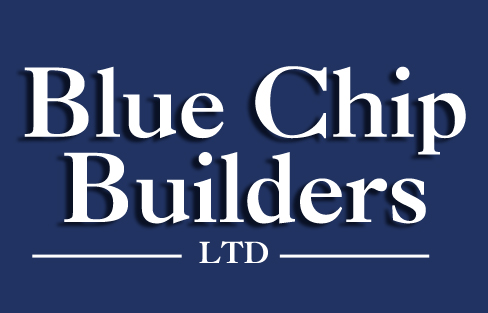 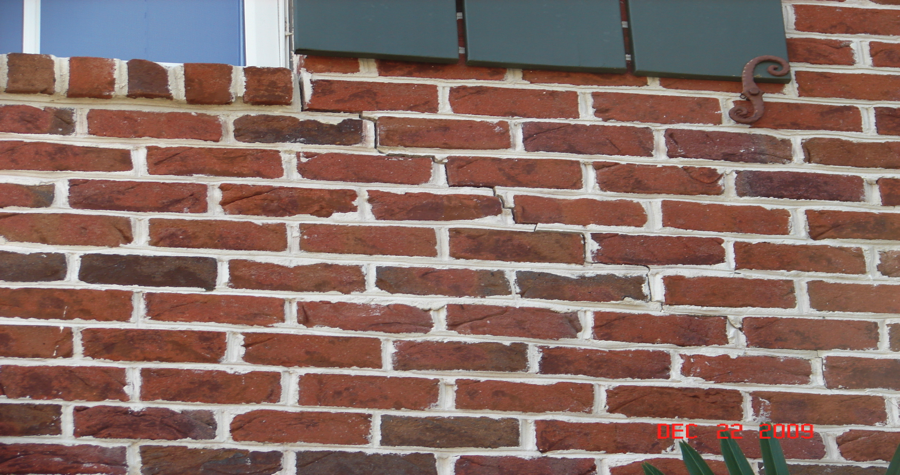 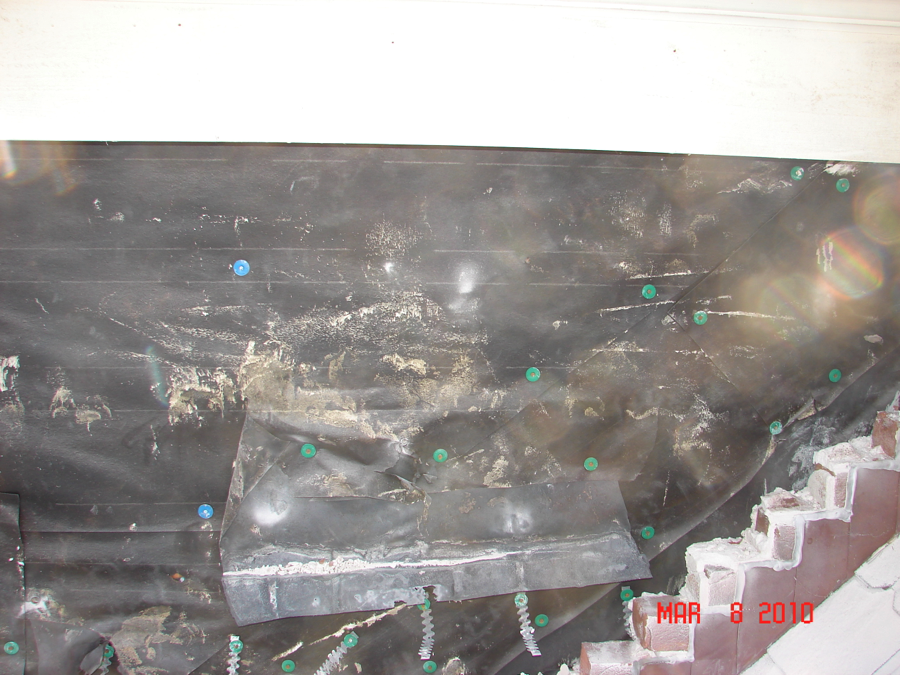 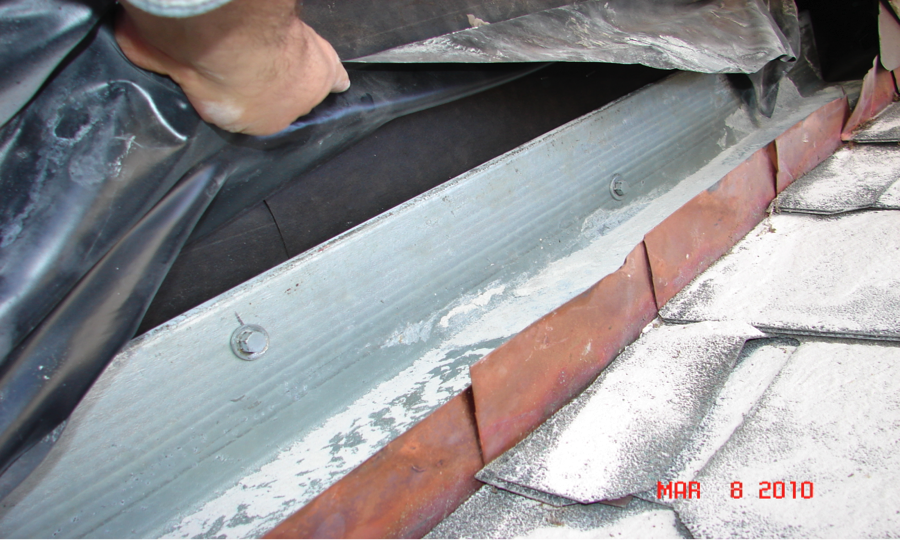 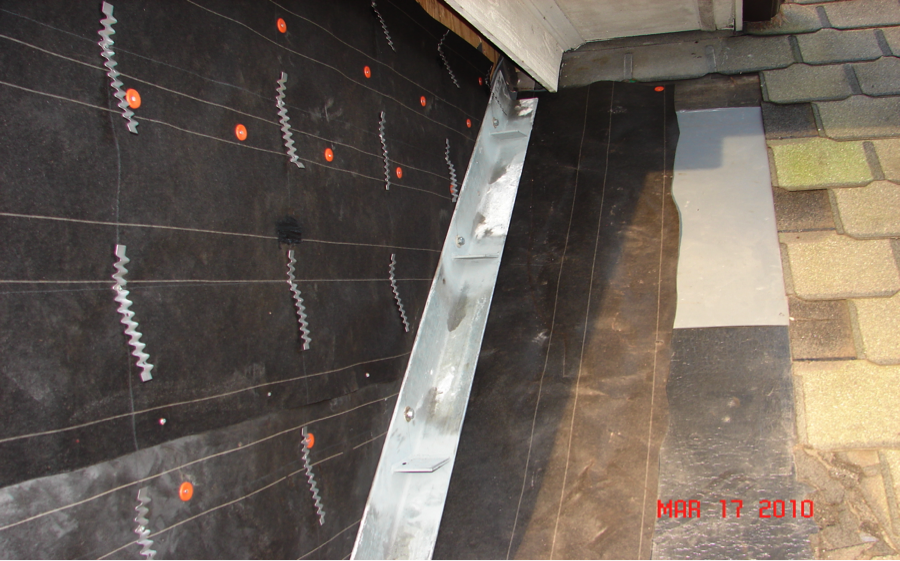 Picture #1: The brick under second floor bedroom north west window cracking along mortar joints. Brick is bulging away from wall, at crack fracture line brick face is out of alignment by ¾” on an inch.

Picture #2: We discovered there were limited brick wall ties. Wall ties we discovered were only fastened with button caps that were being pulled out of the framing.

Picture #3: Further discovery revealed the roof lintel on the 10/12-pitch roof did not have welded tags to prevent the brick from sliding down the roof. With the lack of wall ties and tags on the lintel the brick on the second floor shifted down the roof line and separated from the home.

Picture #4: Lentil corrected and wall ties installed. Since this was a hand made brick we removed and salvaged each brick so they could be reused. Till today no one has been able to tell this brick wall was repaired.